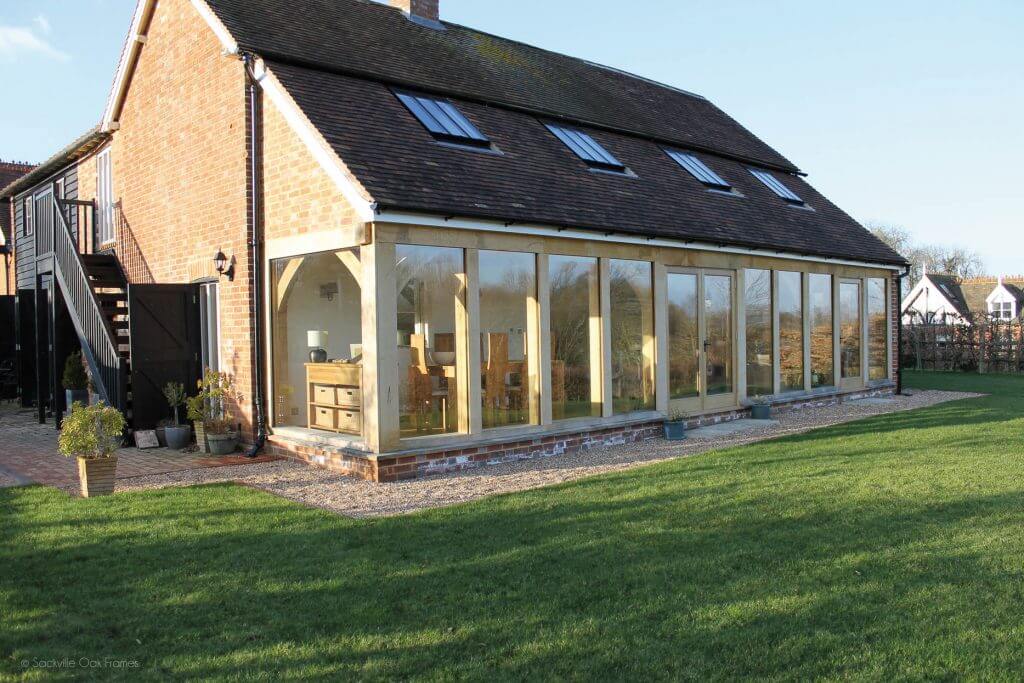 To design and fabricate an oak frame extension that would run the full length of the property and link all three internal rooms. It was to be direct glazed on two elevations and was designed to give the internal rooms a feeling of space and light.

Designed and built using air-dried stock that was re-sawn square and cleaned. We opted for air-dried stock on this project as the frame was to house some 32 square meters of double glazed units and was in essence only an elevation that was tied to the existing building on slip plates. Using air-dried oak reduced the potential of the frame moving and causing damage to the glass or existing brickwork.

Our special direct glazing technique was employed and we also introduced structural oak lintels into the existing building to support the new openings through the walls. We supplied and fitted a number of internal beams to replace ones that had been removed at some point in the past.

"Thank you for our beautiful oak extension. It is way beyond what we ever imagined - we absolutely love it and you were a joy to work with."
Andy & Ruth, Private Client, Kent

Get in touch today to see how we can help you on your project.